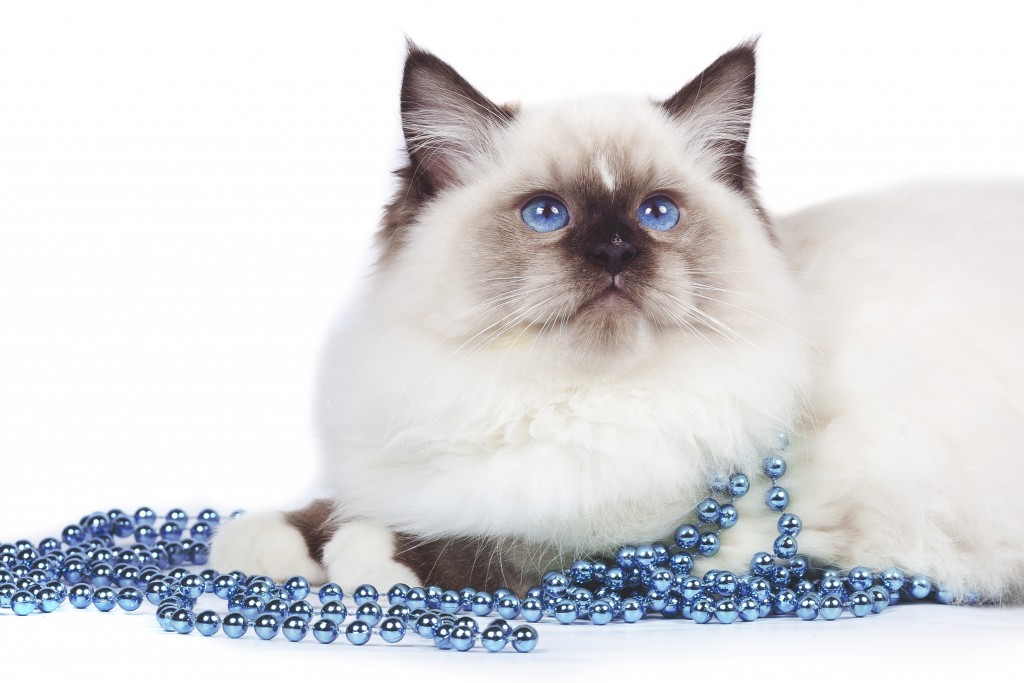 Ann Baker selectively bred this popular cat in the 1960s. She recognised that her neighbour’s kittens born from a Persian/Angora cat and a Birman or Burmese-like cat were affectionate and relaxed. She trademarked the name Ragdoll which perfectly suits the way they go limp and floppy when picked up – just like a real Ragdoll.

The Ragdoll is one of the largest domestic cats. It is known for its striking blue eyes, distinct colour patterns and fluffy tail. There are 4 common colour patterns. The most common is the colourpoint – a light body darkening at the extremities (points). There’s also the bi-colour (white paws, tummies and chest), van (ears and tail have darker markings) and mitted (white feet and a patch of white on the forehead or nose with a white chest and tummy). Ragdoll kittens are white and develop their distinct markings as they mature. They reach full maturity at 18 months of age.

Friendly, gentle and trusting – Ragdolls are lovely family pets. Kids love their companionship and easy-going nature – especially their floppiness when being picked up. They are also known to follow their owners around the house, a bit like a dog, earning them the name ‘puppy-cats’. They are undemanding and compatible with other pets. They prefer to be indoors. 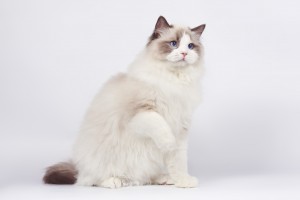 Ragdolls are a healthy breed. Hypertrophic cardiomyopathy (HCM) is a common inherited heart disorder amongst cats and has been well reported in the Ragdoll breed. Regular veterinary check-ups are recommended.

Daily grooming is recommended to remove any knots in the coat and to prevent matting. A balanced diet will ensure your cat is kept in optimal health. Keep in mind that they are not the most active of cats and care will have to be taken to ensure they don’t become obese. A good tip is to ensure you have a litter tray that’s big enough for them since they are larger than the average cat.