Cats kill over one million birds in Australia every day. The crisis is so bad that cats were named the biggest threat to Australia’s endangered mammals in 2014. John Woinarski, Conservation Biology Professor at Charles Darwin University, and Peter Harrison, Director of Marine Ecology Research Centre at Southern Cross University, have claimed that controlling cat populations is likely the greatest single action we can take to protect the country’s biodiversity. 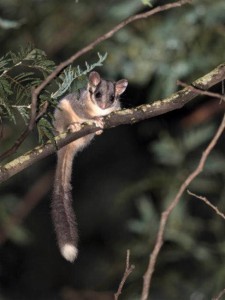 Feral cats contribute most to the crisis. With an estimated population of 10 million, they outnumber domestic cats almost three times over. But this does not mean cat owners are off the hook. The 66% of pet cats that are let or live outdoors breed with feral and stray populations, or hunt themselves.

According to Animal Medicines Australia, of the 3.7m domestic cats, approximately 59% are kept both indoors and outdoors. Only 34% are kept exclusively indoors. Were more kept solely indoors, fewer cats would be able to hunt and kill endangered species.

It’s important to keep your cat entertained and exercised. Letting them give in to their predatory instincts by roaming and hunting is great for this. But it comes at too great a cost to our native animal populations. If you want your cat to remain an “outdoors cat”, consider adorning them with a Birdbesafe cat collar. A Birdbesafe cat collar is a safe, comfortable fabric worn around the collar. Its bright colours and patterns warn birds of your cat’s approach. Murdoch University in Perth found the Birdbesafe to be an effective means of reducing the birds and reptiles brought home by pet cats. It was not a perfect solution, and did not reduce the number of mammals killed by pet cats, but it did half the number of birds and reptiles killed.

Toys, games and climbing equipment are great ways to keep cats entertained indoors. Laser pointers, hunting toys, games, scratching posts and so on give cats the exercise and stimulation they need. We recommend spending regular quality time with your cat, and remember to rotate the toys you play with so your cat doesn’t get bored.

Desexing your cat will help decrease their predatory behaviour. Cats that are desexed are also less aggressive, reducing their chances of fighting with other cats and contracting FIV. Desexing also helps control cat populations, both domestic and feral. Cat desexing is a simple process. It is a vital step in controlling cat populations and protecting Australia’s biodiversity.

For more cat care tips and advice, be sure to visit our blog regularly. We publish our posts fortnightly and cover a wide range of Frankston’s pet care news, events and more. And for all your pet care needs on the Mornington Peninsula, including cat desexing and cat vaccination, visit Karingal Veterinary Hospital or Ballam Park Veterinary Clinic today.

The Karingal Veterinary Hospital is open 6 days a week.